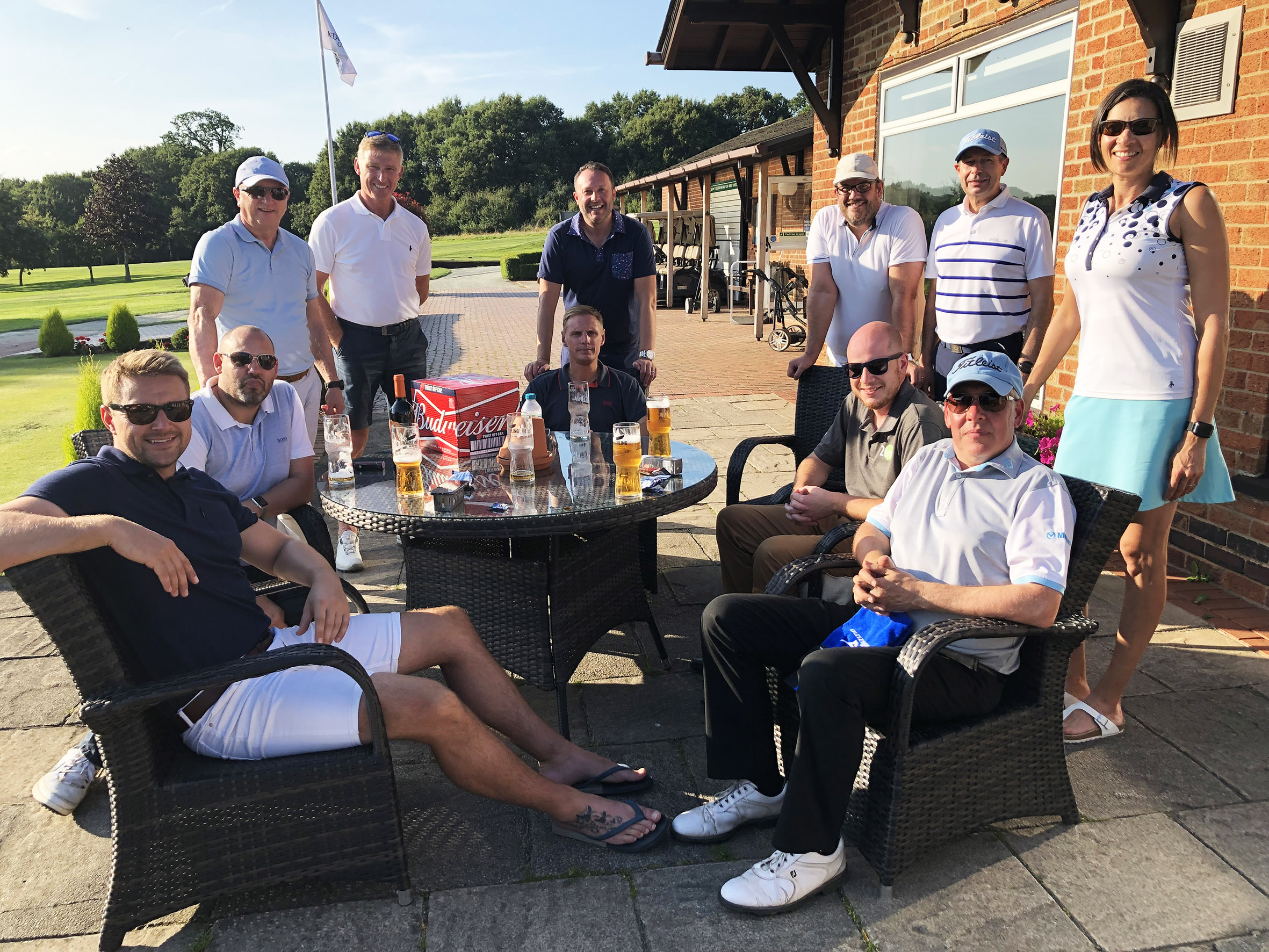 Team 2bm took a well earned afternoon break from work last Friday, enjoying a round of golf at Kedleston Park Golf Club, organised by ‘We are Kudos’, the 2bm marketing team of David and Denise Leatt.

Everyone looked the part (especially Stuart!) with the glorious sunshine helping to make it a day to remember. 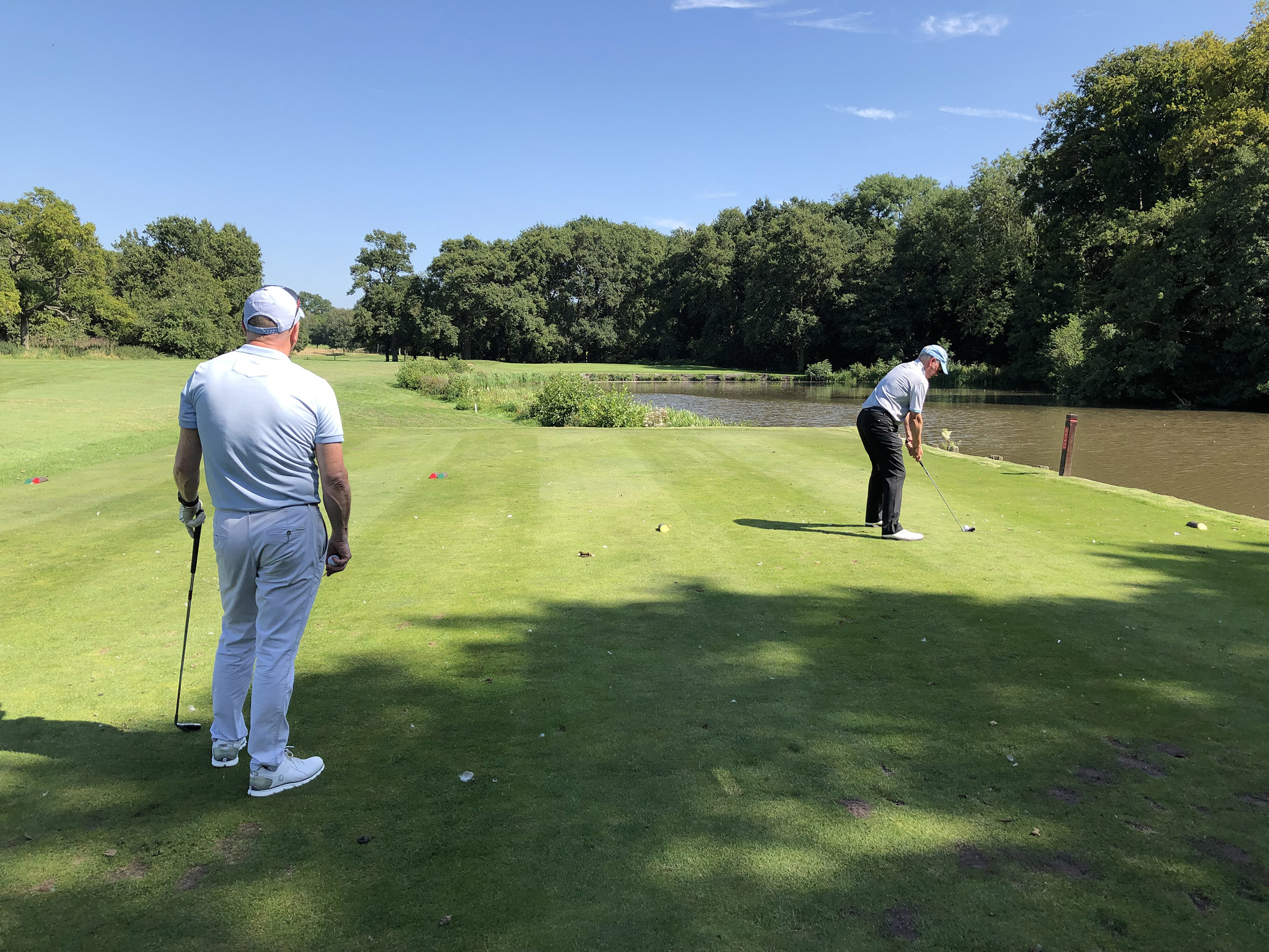 The golf was extremely competitive, even though there were more than a few balls lost!

The shot of the day however goes to Stuart Robinson. Despite only taking up the sport three months ago, he managed to strike hit his 7 iron shot an impressive 190 yards to the 12th hole, the ball finishing just a few feet from the flag! Well done Stuart!

Congratulations to all the prize winners but a special mention for Mark King and Paul Ruane on winning the overall pairs prize! 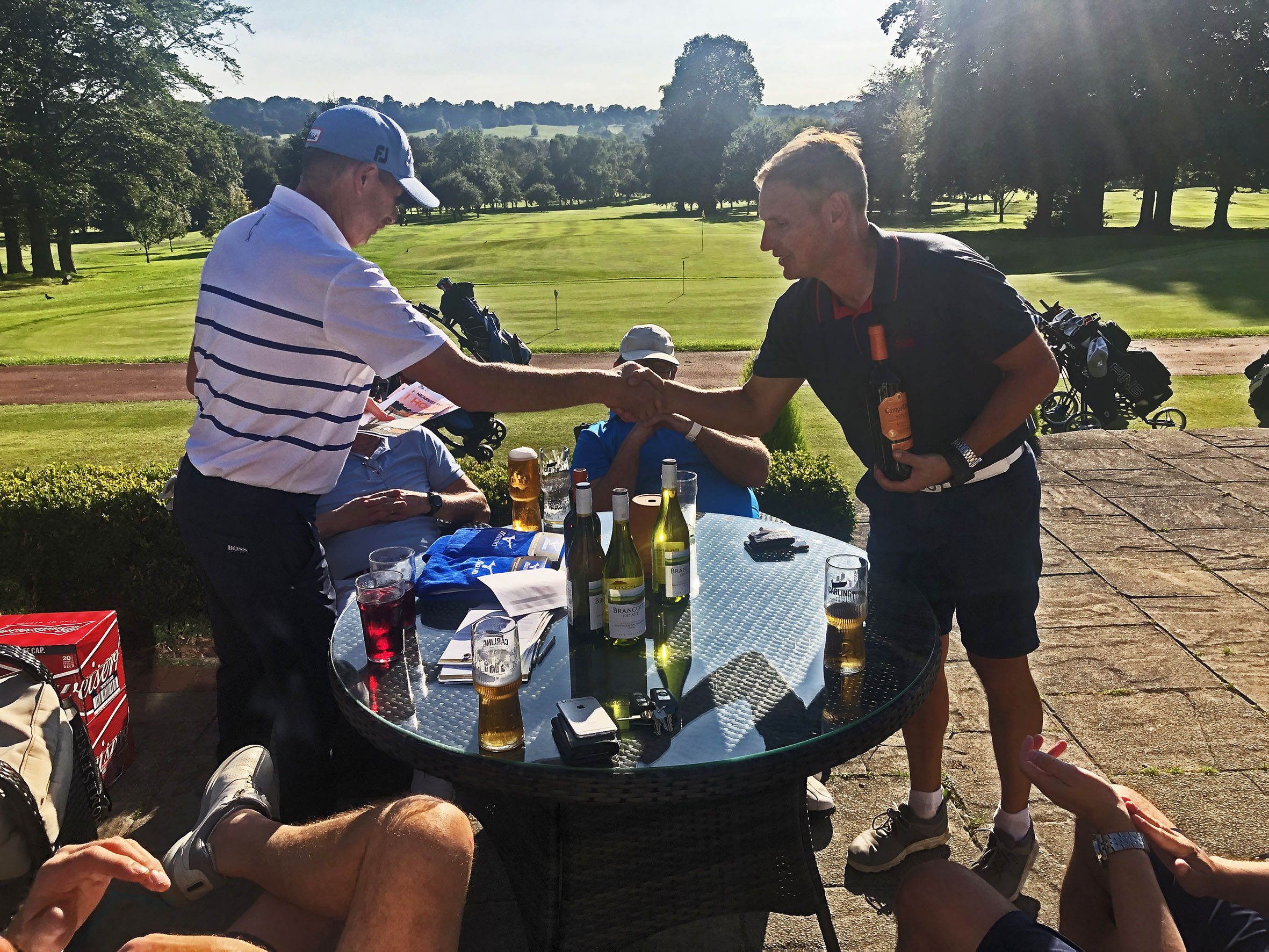 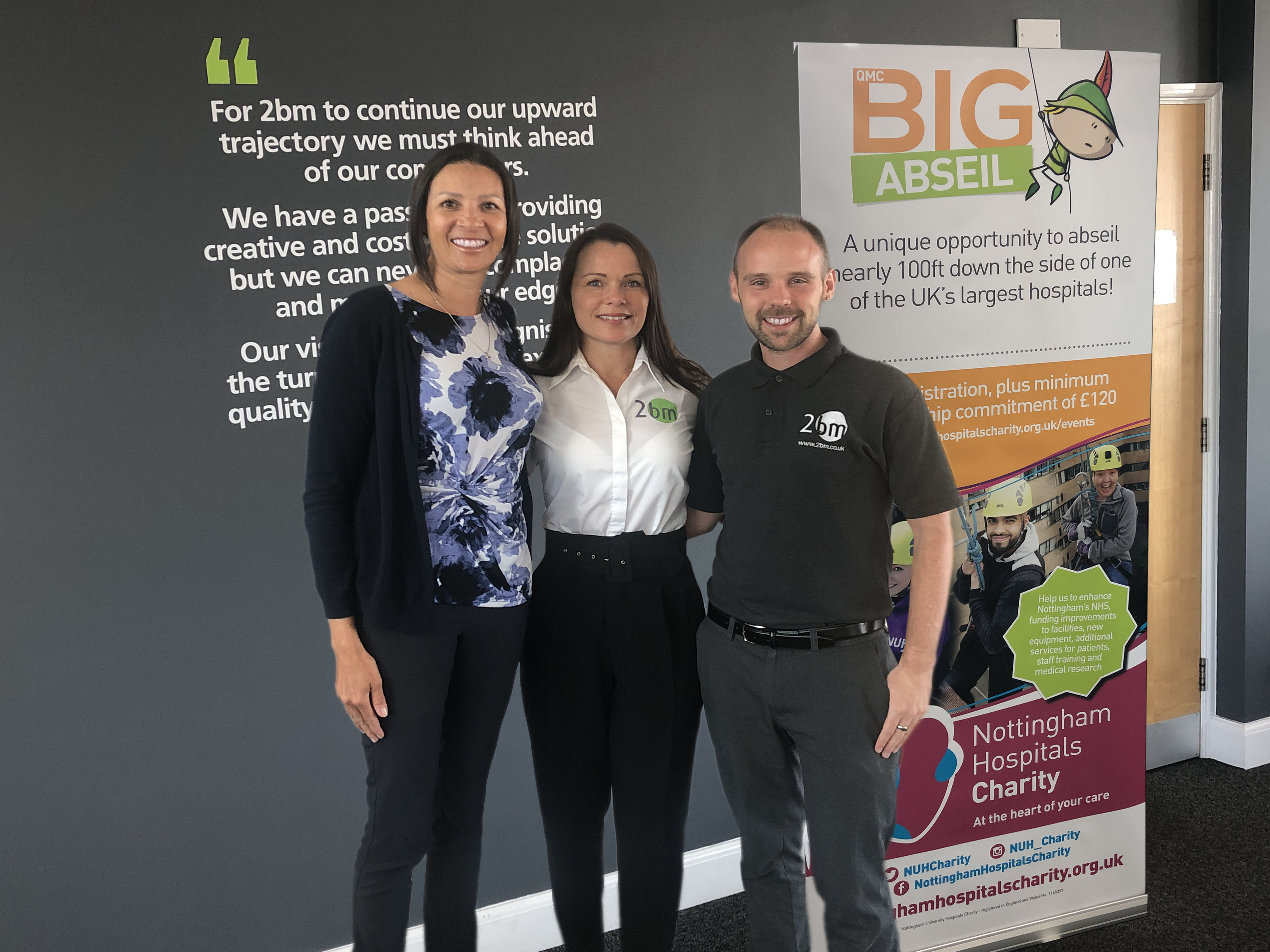